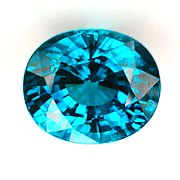 Don't be fooled-Zircon is not the same as Cubic Zirconia. Zircon is a natural stone, which only adds to its spectacular beauty. Zircon comes in many shades, from clear to brown, to the most popular version, blue. Most Blue Zircon has a pale-to-medium hue, but you can find some vivid, bright blue gems. The very bright Blue Zircons are the most expensive, and are far more difficult to find in stores. No matter what shade you choose, one thing is certain: Zircon is one of the only stones that sparkles like a diamond.

Today, Zircon is mined in Cambodia, Sri Lanka, Thailand, Myanmar, and Australia. Zircon is a heavier gemstone than most others. Despite its density, it can scratch very easily, so treat it with care! 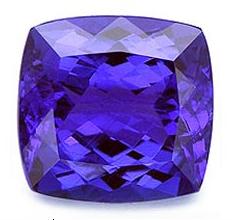 Unlike all of the other stones featured on our website, Tanzanite does not have much history. Tanzanite was only discovered in 1967, in its namesake of Tanzania. Upon its discovery, it was brought to market by Tiffany & Co. Originally, the stone was named "Blue Zoisite." Louis Tiffany, however, was reminded of the word "Suicide," and changed the name to "Tanzanite." It has been a hit ever since.

Tanzania is the only place in the world where Tanzanite can be found. Obviously, this makes it an extremely rare and often very expensive stone. Gem lovers are taken by Tanzanite's deep blue-purple hue. The most rare and expensive Tanzanite has prominent flashes of red, as well. Most Tanzanite that you will see in the marketplace is a light to medium lilac color. Lighter Tanzanite is not exactly inexpensive, but is much more affordable than the rare type. No matter what shade you wear, bold and beautiful Tanzanite expresses each individual's unique qualities. 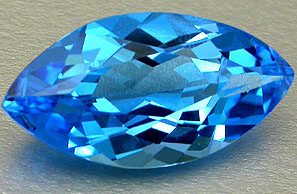 Blue Topaz, an alternate December birthstone, is a very popular gemstone in jewelry stores. It is very inexpensive, even if the stone is large. The color is so vibrant that it attracts many people. The shades of blue vary from a pale "Sky Blue" (like an Aquamarine), to a bright, medium "Swiss Blue," to a dark, smoky "London Blue." All shades are equally lovely-which one you choose is entirely up to your individual taste.

Blue Topaz is enhanced by heat treatment. Stones that are now blue were originally clear, but were treated by humans to become that way. There is nothing that could be done to remove the coloring, however, so no special care is needed. 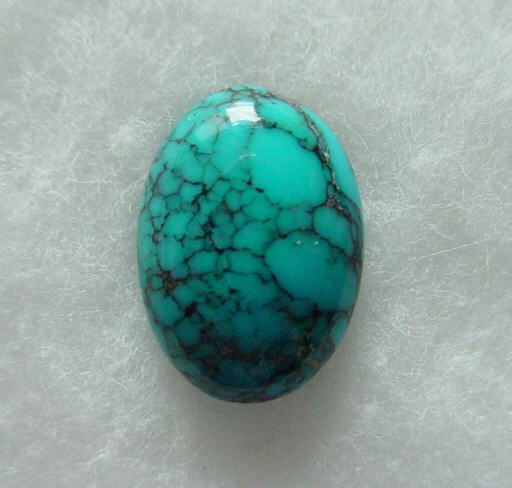 Turquoise is a beautiful copper-rich stone of varying shades of blue, occasionally interspersed with black lines. The color can vary from sky blue to green, but all shades seem to be popular. Since Turquoise looks good on all skin tones, it has been popular for many years in various forms (including beads, rings, bolo ties, and belt buckles).

Turquoise has a rich history. It adorned rulers of ancient Egypt, Mesopotamia, Persia, China, and the Aztecs. Its most well-known historical use was to decorate King Tut's burial mask and tomb. It was first introduced to Europe through Turkey, where we believe it got the name "Turquoise," which sounds like French of "Turkey." Turkey does not produce Turquoise, it was just a trading thoroughfare. Wearers of Turquoise were thought to be protected against unnatural death. It was also thought to promote well-being and affluence.

Turquoise is very soft, so should be treated carefully. It should be wiped clean with a soft cloth to remove dirt and dust. Additionally, it should be protected from bright sunlight to prevent color fading. Turquoise is a very affordable stone, which has added to its appeal in fashion jewelry. It is mined widely in the United States, Mexico, Israel, Iran, Afghanistan and China.