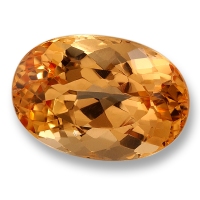 As it is traditionally known, Topaz is a brown or yellow-brown gemstone.  Much of what you will see in jewelry stores today is Blue Topaz, which can range in color from light to dark blue.  Since Blue Topaz is an alternate birthstone for December, please visit that page for more information about that particular stone.

The ancient Egyptians said that Topaz was colored with the warm glow of the sun god, Ra.  Since Ra was very important to the Egyptians, this naturally made Topaz a very important and protective amulet for those who were faithful to him.  Even the Romans associated Topaz with Jupiter, the god of the sun.  Ancient Greeks thought that Topaz could make wearers invisible.  It has been said to cure ailments from asthma to insomnia, and was alleged to alert the wearer to poisoned food.

Most Topaz is not expensive or particularly difficult to find.  Imperial Topaz, which possesses a beautiful, rich honey color, can be much more expensive and is far rarer in larger sizes.  Topaz is mined in , , , and . 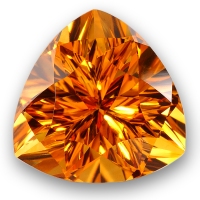 The alternate birthstone for November is Citrine.  Citrine is a bright gemstone, usually of a juicy golden color (the name derives from the French word for lemon, “citron”).  The color can also be very yellow or darker with orange undertones.  The darker version of Citrine is named “,” after the hue of the sweet dessert wine.  Traditionally, Madeira Citrine was more prized and expensive, but today, other shades can be equally heralded.  Overall, Citrine is an inexpensive and widely available stone, making it a very popular choice in pendants, earrings and fashion rings.

Citrine was once thought to protect the wearer from evil thoughts, as well as snake venom.  This durable stone is mined mostly in , in very large quantities.