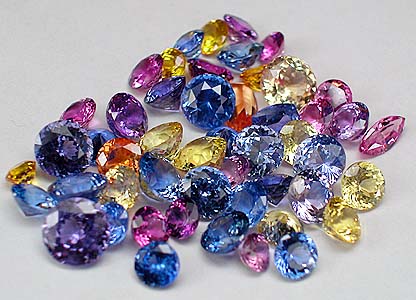 Once upon a time, people believed that the sky was an enormous sapphire into which the world was embedded.  Though we know that isn’t true, sapphires have continued to hold the fascination and admiration of all for thousands of years.  Sapphires have always been prized for their beautiful blue color, hardness (second only to diamonds on the Mohs hardness scale), and transparency.  It wasn’t until 200 years ago that Sapphires were classified as corundum family of minerals.  Prior to this, only blue Sapphires were called as such.  Now we know that Sapphires come in every color of the rainbow, except for the deep red sapphires, which are called Rubies.  Any non-blue Sapphire is known as a “fancy” Sapphire. 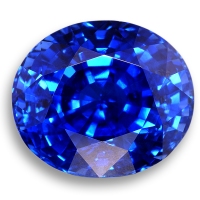 Sapphires are valued depending on size, color, and transparency.  Pure, strong blues command the highest price, followed by royal blues, and deep cornflower blues.  Sapphires with exceptional color carry corresponding price tags, particularly if they’re large.  Very dark blue or blue-black sapphires are much more common and inexpensive.  As with all things, though, different shades are valued by different people, regardless of rarity or expense.  The great thing about Sapphires is that each gem is as individual as the person who wears them.